Bias in the mainstream media is sinking to even lower lows. 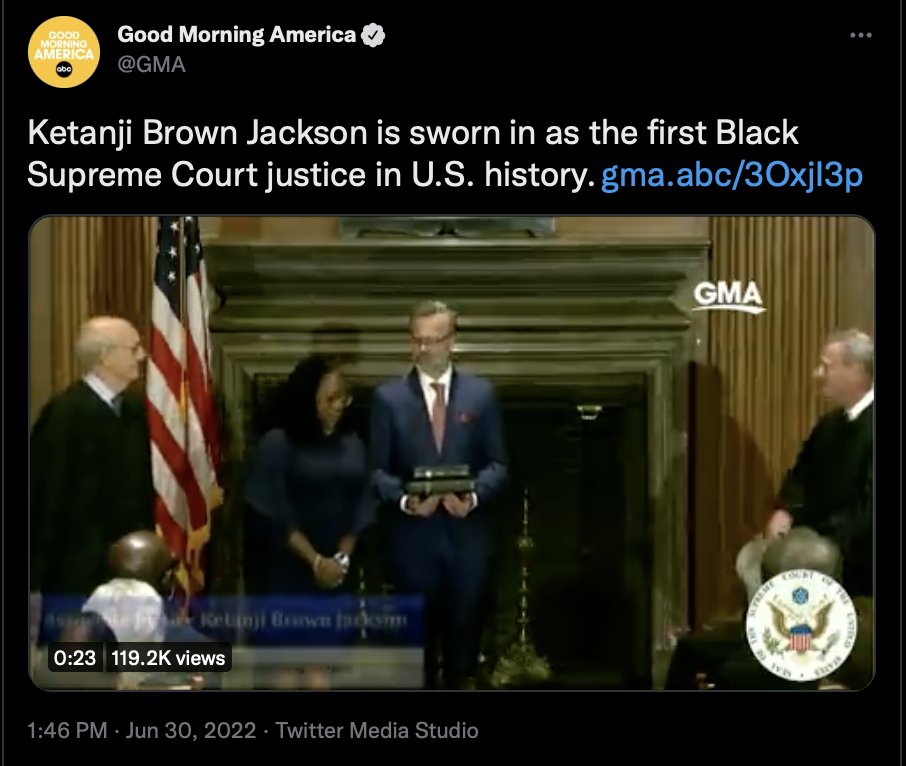 This is, of course, not true.

Although Jackson is the first black female to be on the court there have been two black Supreme Court Justices to sit on the court. They are Thurgood Marshall (the first) — and Justice Clarence Thomas, who is currently serving.

In reality, the late Thurgood Marshall was the first black justice and was succeeded by black Justice Clarence Thomas following his retirement.

Good Morning America did end up correcting the tweet but this was after it was up for almost five hours and had gotten over 10,000 views.

They truly are Fake News.