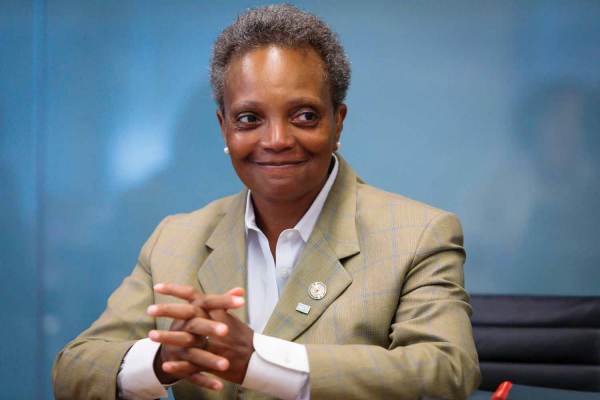 While violence runs rampant in Chicago, Mayor Lori Lightfoot has made her priorities clear.  Cancel culture trumps the safety of Chicago’s citizens.

The Gateway Pundit reported on Lightfoot convening the Chicago Monuments Project  (CMP) in 2021 to assess public art, including statues, plaques and other honors throughout the city.

The report’s criteria for calling to remove a statue included whether it was “promoting white supremacy” or was “memorializing an individual with connections to racist acts, slavery, and genocide”, among other rules in the same vein. Many of the monuments were “presenting inaccurate or demeaning characterizations of American Indians.”

Monuments marked for removal included, among others, an 2,000 Roman column erected to commemorate fascist Italian aviator Italo Balbo’s 1933 transatlantic flight to Chicago, a statue of Union Gen. Philip Sheridan over his actions in the Indian Wars, and reliefs on the DuSable bridge that “place the history of Chicago and the Battle of Fort Dearborn within an allegorical narrative of the triumph of Western civilization.”

Ultimately, CMP recommended that 41 pieces around the city be removed.

The CMP report describes the decision to target these pieces:

Common to almost all the 41 objects that were identified by this process – most of which were created between 1893 and the late 1930s – is a shared origin in late 19th-century values that privilege whiteness, social elites and the powerful above all other people. These values were crystallized with the World’s Columbian Exposition of 1893, which brought hundreds of sculptors, architects and artisans to Chicago to design and construct an image of Chicago that aligned with the dominant culture of the day.

In contrast to the“real” Chicago that displayed all the dysfunction and iniquities of the 19th-century industrial city, the “White City”– named for the color of the grand buildings surrounding the fairground – was idealized, integrating ordered, neo-classical architecture and sculpture into a well-manicured, natural setting. The buildings
and sculptures paid tribute to the idea of progress, placing the Western tradition, Western Europe and America at the apex of world civilization.

In this attempt to align itself with great European empires, past and present, the World’s Columbian Exposition set the terms for monuments for the next 50 years. Funded almost entirely by wealthy elites (and sometimes by private groups seeking recognition and acceptance), many of Chicago’s monuments were based on mythologies of the city’s founding that posed white explorers, missionaries, armies and settlers against the Indigenous tribes and nations of the region. These patrons also helped proliferate idealized representations of American statesmen and military heroes.

The following pieces were under review:

The CMP took a further step by suggesting new projects for the city including:

The Mother Jones Heritage Project
Artist Patricia Nguyen and architectural designer John Lee for the Chicago Torture Justice Memorial
A community-led monument to victims of gun violence in Chicago
The Greater Chatham Initiative, in collaboration with artist Gerald Griffin, for a Mahalia Jackson memorial
Artists and community groups for a monument to historic events and people that have shaped the Latina/x experience in the Pilsen neighborhood

Read the full report and CPM’s determinations on the various pieces.